Evaluating News: "Fake News" and Beyond: Point of View

About Point of View and Bias

Just because you don't agree with something does not make it "fake news." In fact, it is a very important part of the research process to explore information that contradicts your personal beliefs or values. See the tips below for information on determining point of view and detecting bias in various types of media.

Magazines, newspapers, broadcasters and organizations may have a reputation for being politically left or right. They may be associated with a particular political party, religious movement, or they may have a one-issue cause (environmentalists). Some media outlets readily acknowledge a bias while others have unacknowledged bias, and still others strive to present a variety of viewpoints.

Bias is neither positive or negative but indicates the filters through which a source may interpret the information they present. Individual contributors to any of the media outlets or organizations listed below may not conform to the source’s label. Evaluate each document within a source for the individual author’s point of view.

When deciding if a source is being objective about the information presented, look for some of the following techniques used to convince readers that what they are reading is fact when it may not be:

This Media Bias Chart from Vanessa Otero is a great visualization of media sources and where they fall in regards to bias on the political spectrum as well as journalistic quality. 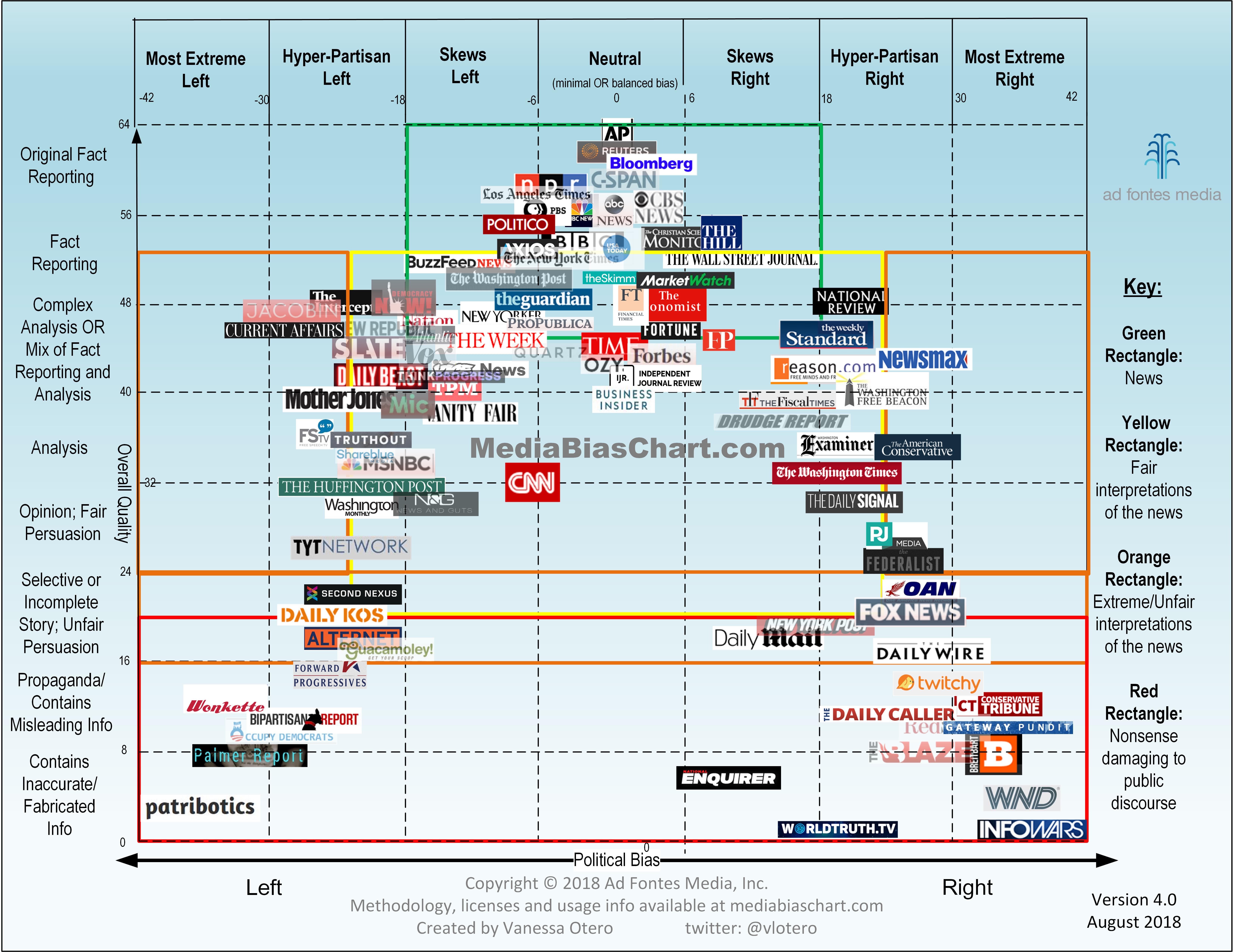